First you change the thread title and then you bring up Covid-related questions?!

I looked into some of the numbers a while back when somebody claimed that countries with lower vaccination rates get less infections and/or deaths (I forget which) and found: uh, nope. Just another anti-vaxxer lie. It’s true that there don’t seem to be significant differences between 60% vaccinated regions and 70% vaccinated ones, but there was a big difference between the 60-70% ones and those under 40-50%, and another big shift at over 85%. I guess that’s the beginnings of the herd immunity we keep hearing about. Granted, those were just a few places and it was way before Omikron.

My point is: Covid policies are a mess, statistically speaking. There’s no clean data to compare because every country fires several different measures at the problem, they keep changing policies as the data changes, and a lot of people ignore them anyway. So despite a few clear success stories, we can see broad differences but it’s hard to pin them down to any one measure.

As for masks, I’ve never heard anybody suggesting that they alone are enough to ward off the pandemic – but they do help if used as one of a bunch of measures. Thre’s no denying that. Their true value, though, is that they justify keeping the shops open and not ruining the rest of the economy. Me, I’d rather everybody stayed home, but I like staying home, so I may be biased.

Humorous music break…
Because I think that humor and music are great forms of “visual communication”, and thus that ties this in with the topic heading. (Not really, but I’m rationalizing dropping a funny music video into this discussion to add a little levity. So, there!

(Those who have seen Disney’s “Encanto”, this is to the tune of “We don’t talk about Bruno”. Weird fact about me, I went to a school named “Encanto Elementary” in San Diego when I was a kid. I thought then that “Encanto” was a Mexican or Spanish last name, but now thanks to Google I know it means “charm”, similar to “enchant/-ed/-ing”)

yes I asked several times to stay on my intended topic and changed the name of the thread, yet prople were still commenting on the masks themselves including yourself

it’s not a problem, but thats why i felt compelled to repond with my own experience.

seriously though, i’m not going to debate the covid thing on here, ive shared my experience, simply brcause it doesn’t fit the narrative of what a lot of the comments were about, happy to answer any questions about it though, if your interested.

on my intended topic

On the original topic, it seems some of us have difficulty discerning spoken conversation without being able to see the speaker’s face, and some have no difficulty with this.

I suspect this is not an ADHD trait. It may be related to a comorbidity (for example, auditory processing disorder, or being on the Autism Spectrum, such as Asperger’s is), or even a bit of hearing impairment.

I’ve aced every hearing test I’ve ever taken, but I’m about to turn 47. Middle age is catching up with me, and I know that simply aging brings changes in capability. (Unlike many on my Gen X peers, I didn’t go to very many concerts or blast my eardrums out listening to loud music.)

Then there are these people! 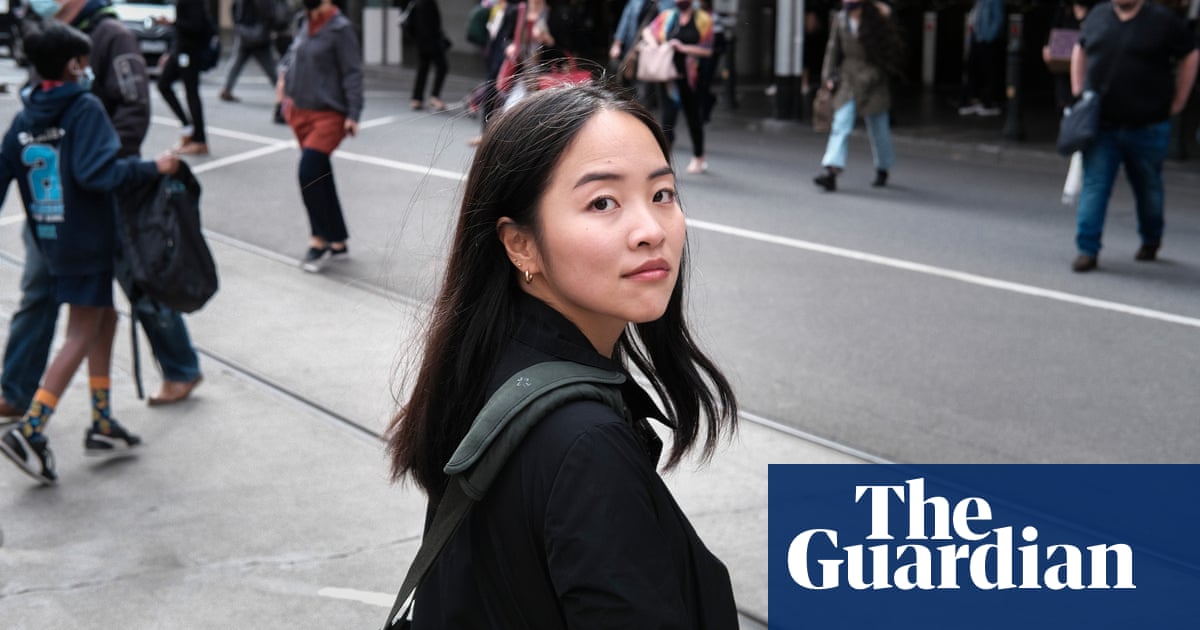 ‘I’d keep it on the down low’: the secret life of a super-recogniser

Police employ them and scientists study them, but what is life like for the rare few who can never forget a face? Super-recogniser Yenny Seo didn’t think it was anything special

It was really hard for me to learn the names and faces of my coworkers when I started working daytime hours instead of just janitor hours. Everyone wore the exact same color scrubs and the same mask, so all I could really go off of was the few features that I could see- body shape and hair. And I have an awful memory.

Humorous music break…
Because I think that humor and music are great forms of “visual communication”, and thus that ties this in with the topic heading. (Not really, but I’m rationalizing dropping a funny music video into this discussion to add a little levity. So, there!

It was pretty funny. I like their ADHD parodies, they’re pretty good, too.

The guy who does all the singing in those videos has ADHD, too. So, their ADHD parody songs are legit, because he speaks (sings) from experience.

(I would love it if they would do a video interview with Jessica for the HowToADHD channel…maybe with a short song at the end.)

i have worked in the same place for 5 years now and i still struggle to remember names, I have nicknames for people that i use in my head to help, but i have to be careful not to say some of them out loud

(I posted this previously)

Years ago my wife and I were in Philadelphia. Crossing the street, directly toward us, we’re 3 ladies who worked with me once a month for 5 years as volunteers for the mental health agency where I was employed. I had about 5 seconds to remember their names [RIGHT!!!].

Then as proper etiquette would have it, they followed by each introducing themselves [by name!].

I was much relieved!

Of course this doesn’t work most of the time. I was just lucky as the situation lent itself to this response by me . . .

it’s funny how adhd can be both the cause of tricky situations and the very tool that saves you.

Not remembering names must be an ADHD thing! I do the same. If someone is name Jerry I think of Tom & Jerry every time I see the person and their name pop into my head. I just call her Jerry not Tom & Jerry. LOL

I love that you point out that you didn’t want to start a debate about masks.

Talking about visual communication I find it interesting what you describe.
My family is half half. One half is according to @Mabd descriptions

Yes. Some doctor or other once told me I have ‘autistic hearing’

one half is ‘autistic hearing’ and the other half is autistic in terms of visual commuication/mimics.
For me I really like visual communication, but I pull most of my information out of the tone of voice and the eyes. Actually I found it more “honest” than the visual communication. Sometimes I even tend to look away or close my mind, when I want to focus on what a person feels. But getting to know new people, I love to see their faces.

From further reading, now I am accepting my brain is… different… the ‘autistic hearing’ is more likely what is called Auditory Processing Disorder.

From what I’ve read about Auditory Processing Disorder (APD), it is associated with ADHD, with Autism Spectrum Disorder (ASD), and even with dyslexia.

In my case, I’m not diagnosed with APD, but I’ve definitely had regular problems with processing what I hear. Part of my difficulty is with discernment, particularly if someone is speaking fast, or quietly, or has a strong accent that I’m not used to hearing.

It’s been a long time since I’ve really looked at this ‘Multicomponent Model’ of working memory, and I think it could be used to explain Inattentive ADHD. Maybe I’ll give that some thought in the morning.

(I woke up before 4am and couldn’t get back to sleep, so I came to the forums. Now it’s 4:40am where I am, and I’m finally feeling sleepy again, after going down the ‘rabbit hole’ for about 45 minutes. Ah, life as a

For me it’s reading rather than hearing, although hearing has its challenges too. Every time I’m in a pub, I seem to be the only one who can’t make out what anybody’s saying with all that ambient noise. Or maybe everybody else just masks it better.

But reading. My pattern recognition actually makes it difficult. When I read something quickly, or overlook a letter, my mind will just fill it in with whatever seems to make sense. I’ve learned to not answer emails right away, especially the ones that make me angry, because too often upon second reading I think: “oh, that’s what they meant!”

“And so the ugly duckling turned into a beautiful swine.” - I know I need new glasses but my version is still better.

@themax Did you ever try speed reading? For me it is more a visual scanning of the text. By this challenge I memorize more. Put it into my own little excerpt in my head ride away, and than (if interesting enough) I question the text and get back to it a second time. With my questions in mind. Whenever I read slowly, normal speed - I get lost in the words and in the associations the bring along.
But the same is true for listening. If there is to little contend that catches me, than I have to write along to what I listen, or doodle along. Otherwise I get lost in all the other sounds or visual impulses that fly around.

Yeah, it’s why I play podcasts and videos at higher speed.

I try speed-reading sometimes - especially when I notice I’ve had that tab open for hours and can’t seem to get past the first two paragraphs. it’s great help. Doesn’t work for everything though - it’s better for grasping the general line of thought than for learning the details. But when it works, it’s great.

Yes exactly. In the first round I just grasp the general note and than I give myself tasks for finding the details. Often a little gamification involved.